Asalam Aleykum my good people of Isiolo south!
My political ideals and ideologies is democracy and for the fact that many believed in my pottentiality to lead and manage the political powers and resouces bostowed upon to change the state of affairs and livelihood, whereas changing the living standard of southern electorate with the monetary allocated (cdf-kit) for it being their mandated right as y'all being the peasant and humble tax payers awaiting the changes we all longed for. Many who believed in my competency and made me to think never quit my ambitions to save them from apycalypse of politicians who by any means accumulate the resouces meant to upgrade their development only to enrich themselves, to name but a few, a good example being a collection of young brains (YG) back there where i was born and raised,the fact that truth must be told...they used to tell me I'm the long awaited man whom seemed to stand between them and these unforeseen continuos series of these pseudo and apycalypse politrickers with unbarearable ideologies to divide and rule southerners to fatten their own selves.... For that and many others being my existing motives to bid and clinch the powers. Inshaallah if i'll be granted the task ahead come nane nane I'll Let every man, be it male or female electorate of isiolo south constituecy under my leadership serving as MP, by default my government will tolerate and be respected as an individuals and no man idolized. It is an irony of fate that I myself have been the recipient of excessive admiration and reverence from my fellow-beings, through no fault, and no merit, of my own. The cause of this may well be the desire, unattainable for many, to understand the few ideas to which I have with my feeble powers attained through ceaseless struggle. I am quite aware that for any constituency to reach its goals, one man must do the thinking and directing and generally bear the responsibility. But the led must not be coerced, they must be able to choose their leaders as per what they understand and let them appraise the current regime based on their achievement.......To be continued...
#MeanWhile...mbele iko sawa na KQ
#KQ reigns Tibiim 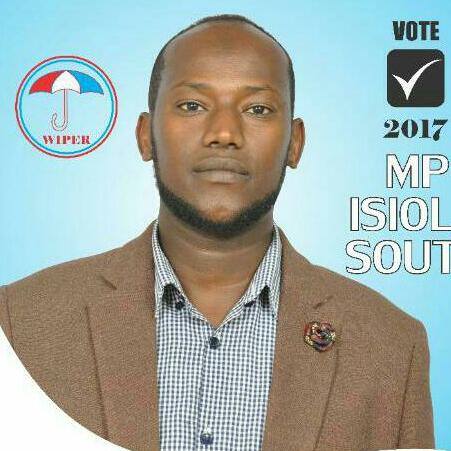